“We are excited to announce the addition of Brent Key to our staff,” Saban said. “He is an outstanding football coach who is well-respected across the country in terms of his knowledge of the game, his reputation as a teacher and his ability to recruit. We are pleased to welcome Brent and his wife Danielle to Tuscaloosa.”

This addition to the coaching staff will also affect special teams coordinator Bobby Williams who will now serve as a special assistant to the head coach this upcoming season. Williams spent the previous eight seasons coaching the special teams unit and the tight ends for the Crimson Tide.

“My relationship with Bobby goes back a long time,” Saban said. “Bobby has been a key piece of our staff as we worked to build this program to compete at a national championship level. Even though he won’t be on the field coaching, he will be vital to our success in this role as special assistant to the head coach.”

Key spent the past 11 seasons at Central Florida where he filled a number of positions over the years. He most recently worked at the Knights’ offensive coordinator and running backs coach, but prior to that he coached the offensive line for six seasons.

Key earned All-State honors at Hewitt-Trussville High School, and followed that up by helping Georgia Tech claim a share of the 1998 ACC title. In 2000 he was selected as an All-ACC senior, and the Yellow Jackets earned four consecutive bowl berths while he was on campus.

“What a tremendous opportunity to work at The University of Alabama with Coach Saban,” Key said. “Coach Saban has built a tremendous program in Tuscaloosa, continuing a long tradition of success. I’m really excited to be part of this team and can’t wait to get on the field and start teaching.”

Rolling with the Tide 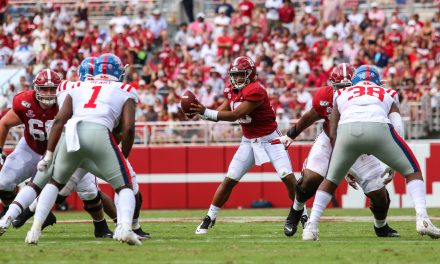