In its last game of the regular season, Alabama women’s
basketball failed to pick up its first win on the road, falling to Mississippi
State. The Crimson Tide kept it close for most of the game but
ended up losing 61-52.

Alabama finishes the regular season with a 15-14 record, but it failed to win a road game all year. With the loss, the Crimson Tide secured its
position as the 12th seed in the SEC tournament.

After falling behind in the first quarter, Alabama was able
to bounce back, taking a 23-21 lead in the second quarter. The Bulldogs responded by outscoring Alabama, 7-2, heading into the halftime. Mississippi State, led 28-25.

The Bulldogs came out of the locker room and stretched its lead out to as many as 10. In the fourth quarter, Alabama cut the
lead down to six points with just under three minutes left. The Bulldogs held off Alabama’s chance at a comeback to get the nine-point win at home.

“I thought our kids
really played hard,” Alabama head coach Kristy Curry said. “We just weren’t
able to get enough makes from our free throws, and we had a couple critical
turnovers. They competed their hearts out though. “

Alabama was led in
scoring by sophomore Meoshonti Knight, who ended with 11 points. Fellow
sophomore Breanna Hayden would be right behind her scoring 10 points. Alabama
had trouble taking care of the ball, turning it over 20 times leading to 25
points for the Bulldogs.

With the loss, Alabama finishes with a
4-12 SEC record. Next up, the Crimson Tide will play in the first round of the SEC
tournament against LSU. Alabama won the previous matchup against the Tigers,
62-45. The game will air on SEC Network on March 2 at 10:00 am CT. 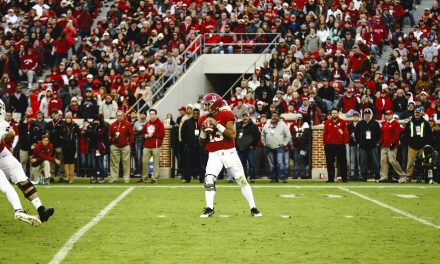